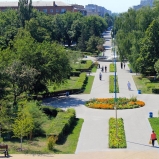 •    Results of the survey carried out by the Sociological Group Rating on June 1-14, 2020 among the residents of Oleksandria revealed that the state of local things is assessed much better as compared to the overall situation in the region or country. Thus, only 13% believe the country is heading in the right direction, 65% share the opposing opinion. 17% think the oblast is heading in the right direction, 46% - in the wrong direction. On the other hand, 41% of the city residents believe the things are heading in the right direction in the city, 43% share the opposing opinion.
•    Among the local politicians, the best attitude was recorded towards S.Kuzmenko: 60% are positive, only 5% - negative, 20% - neutral. 18% reveal a positive attitude towards S.Larin, 13% - negative, 22% - neutral, and 48% do not know him. More than 80% of respondents do not know other politicians.
•    38% positively assess the activities of President Zelensky, 47% - negatively. Only 8% are satisfied with the performance of Prime Minister D.Shmygal, 52% are dissatisfied, and 40% could not answer on the matter. Only 8% are satisfied with the Verkhovna Rada, 74% are dissatisfied. The work of the Kyrovohrad Oblast State Administration and Oblast Council could not be assessed by more than half of the respondents. 17% are satisfied with the activities of these institutions, dissatisfied - about one-third.
•    Lack of job, unemployment (61%), and military conflict in the East of the country (47%) head the ranking of national level problems among the city residents. A quarter of citizens are concerned about low healthcare quality and low salaries and pensions. Bribery and corruption within state bodies, as well as crime are considered to be national problems by every fifth polled.
•    The rating of personal problems is led by unemployment (43%). About one-third of respondents believe military conflict in the East and low salaries and pensions are their personal problems. Low healthcare quality is a personal problem for every fourth person, while growth of tariffs - for every fifth.
•    60% of respondents are satisfied with the mayor’s performance, 29% are dissatisfied. 39% are satisfied with the City Council, 33% are dissatisfied. 45% of respondents are satisfied with the city's public transport, 32% are dissatisfied; 35% are satisfied with the performance of educational institutions, 37% - dissatisfied (29% could not assess this area). 31% are satisfied with the activities of communal enterprises (housing and communal services, city improvement, lighting, etc.), 55% - dissatisfied; 24% are satisfied with the police, 49% - dissatisfied; 19% are satisfied with medical institutions, and 68% - dissatisfied.
•    The cost of tariffs (46%), drugs and alcohol abuse (38%) lead in the ranking of problems that citizens are concerned about the most. A quarter of respondents are concerned about homeless animals on the streets, every fifth - corruption within local authorities and low level of medical professionals, 18% - garbage collection and recycling.
•    Roads (44%) and street lighting (38%) are the areas of the current mayor's greatest success. 27% name parks and squares renovation among success areas, 23% - solving the problem of garbage collection and recycling.
•    According to respondents, jobs creation (43%) and medical institutions improvement  (33%) should become top priorities for the city authorities. Every fifth respondent expects the municipality to fight drug and alcohol abuse, improve the quality of housing and communal services, and fight corruption; 18% expect for better social protection for the poor; 15-16% - for better performance of educational institutions, attracting investment in the city, and improving the quality of roads.
•    Among the mayoral candidates, the leaders in the ranking are Serhiy Kuzmenko (35.1% of those who have decided and intend to vote in the elections are ready to support him), and Stepan Tsapyuk (32.9% of such respondents could vote for him). 6.4% could support V.Dozhdzhanyk, 6.2% - S.Kovalenko, 4.1% - Y.Shklyaruk. The rating of other candidates is less than 3%. About 13% have not decided on the choice.
•    Modeling of the second round of mayoral elections showed that in case the two leaders of the rating S.Tsapyuk and S.Kuzmenko ran for the post, the latter would win with a result 48% against 33%.

Audience: residents of Oleksandria aged 18 and older. The sample is representative in terms of age and gender. Total sample: 592 respondents. Personal formalized interview (face-to-face). The margin of error does not exceed 4.0%. Period of the survey: 1-14 June, 2020 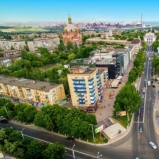 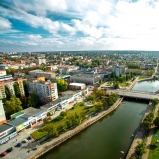