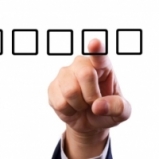 On October 31, 2010 the Sociological Group "Rating" conducted a local exit poll "GALICIA-2010”. The poll of voters when they exited polling stations on the day of the elections was held in Lviv, Ivano-Frankivsk and Ternopil. About 250 specialists, including nearly 200 interviewers worked in the exit poll on the day of the elections. Altogether more than 7,700 voters were surveyed in 96 polling stations.

It should be stated that during the exit-poll "GALICIA-2010" there were no refusals of heads of polling stations to take part in the survey. All teams started and finished their work in accordance with the agreed timetable.

A special feature of this exit poll, and it was fixed by all sociological companies that conducted polls in Lviv, Ternopil and Ivano-Frankivsk, is a large number of refusals of respondents to answer the interviewers. At some polling stations, the number of refusals reached 40%, with the standard of 15-20%. This situation is, to some extent, a consequence of forcing the political situation before the elections, as well as the reaction of citizens to certain "information wars", which were conducted in mass media against exit polls.

It is worth noting that results of all exit polls that were conducted in Lviv, Ivano-Frankivsk and Ternopil, coincide with each other in the election of parties, but in certain positions they differ from official results.

First of all, we are talking about AU Freedom, which according to all the exit polls received support from more than 30% of voters in the election of municipal councils of Lviv, Ternopil and Ivano-Frankivsk, while according to local TEC it was 6% less.

As for other positions, the difference between the official data and exit polls was, as a rule, within the statistical error. Only Ternopil is a specific exception, because the official result of the Party of Regions, as well as the candidate of that party for the position of mayor exceeded the results of exit polls by 4-5%.

DEMOGRAPHIC STRUCTURE OF VOTERS OF PARTIES

In these local elections, mostly men and young people (18-29 years) voted “against all".

Elderly people were more active in these elections. While a considerable part of youth (at least a quarter) did not vote, which ultimately affected the final turnout.

There are also more men in the structure of voters of People's Movement. In turn, Our Ukraine and the party "For Ukraine” (Ternopil) are focused mainly on women.

Parties "PORA" and "UDAR V. Klitschko" have the youngest electorate.

In the structure of supporters of Front for Change there are many young people, but middle-aged voters still prevail. Among them there is also a significant number of women. "Third force" (Ivano-Frankivsk) has a similar electorate.

The Party of Regions and Our Ukraine, as well as the Republican Christian Party (Lviv) have the oldest electorate.

It is interesting that mostly women voted for the Party of Regions in Lviv and Ternopil, while in Ivano-Frankivsk – mostly men.

DEMOGRAPHIC STRUCTURE OF VOTERS OF CANDIDATES FOR THE POSITION OF MAYOR

It is interesting that, according to the operational data from Ivano-Frankivsk exit poll as of 11-00, men were more active than women. As a result, Y. Solovey was ahead of V. Anushkevichus by more than 3%. Around midday the demographic structure of voters has leveled off somewhat, as well as positions of two competitors, however, in the afternoon women were more active, so as a result V. Anushkevichus was already in the lead by night. Thus, the situation with elections in Ivano-Frankivsk was in some way resolved by women.

It is worth noting that three weeks before the elections, the Sociological Group "Rating" conducted a research on electoral sympathies of residents of Ivano-Frankivsk. According to the results of this reasearch, only 31% of residents were satisfied with the work of the current mayor V. Anushkevichus, 64% believed that it would be better if the city was headed by a new person.

Y. Solovey was a confident leader in the electoral race at that moment (over 30%).

The key reason of the victory of V. Anushkevichus in the elections was the blurring of the electorate, oppositional to the current mayor. In particular, candidates Y. Solovey, R. Martsinkiv and I. Prokopov altogether have received almost twice as many votes as the winner of the elections (47% vs. 27%).

Thus, the situation during Ivano-Frankivsk elections has in many ways repeated recent elections in Kiev, where, because of the lack of one oppositional candidate to win mayoral elections, L. Chernovetskiy was the winner in the elections for the position of Kiev mayor. 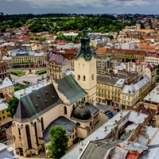 Socio-political mood of the population of the city of Lviv: December 2010 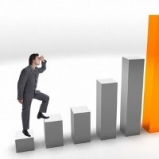