•    Results of the survey carried out by the Sociological Group Rating on October 17-19, 2020 among the residents of Chernivtsi, revealed that respondents are equally pessimistic about both the situation in the city and in Ukraine. Thus, 70% believe the things in the country are going in the wrong direction, 19% think the opposite. With regard to the city, 17% think the things are heading in the right direction, 76% share the opposing opinion.

•    69% said they would definitely vote in the local elections. 13% of respondents are not sure on the matter (50/50). 3% would possibly participate in the elections, 15% are unlikely to vote. Voters’ mobilization is relatively higher among the older population.

•    Vitaliy Mykhailyshyn is the leader among mayoral candidates: 28.9% of those who intend to vote and have decided are ready to support him. 24.8% are ready to support Roman Klichuk, 17.3% - Oleksiy Kaspruk, 8.6% - Vitaliy Druhanovskyi, 4.0% - Vasyl Maksymyuk. Ratings of other candidates are less than 4%. About 13% of respondents have not decided on the choce.

•    Simulation of the second round of mayoral elections revealed that in case R.Klichuk and other potential candidates ran for office, the candidate from “Yedyna Alternatyva” would have won. Within a pair with O.Kaspruk - 47% against 29%, with V.Druganovskyi - 43% against 19%, with V.Mykhailyshyn - 42% against 36%. Within a pair O.Kaspruk against V.Mykhailyshyn, the latter would have won with the result 42% against 35%.


Audience: residents of Chernivtsi aged 18 and older. The sample is representative in terms of age and gender. Total sample: 1200 respondents. Personal formalized interview (face-to-face). The margin of error does not exceed 2.8%. Period of the survey: 17-19 October, 2020. On order of PGR Consulting Group LLC 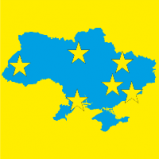 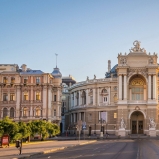