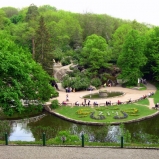 •    Results of the survey carried out by the Sociological Group Rating on September 10-15, 2020 among the residents of Cherkasy oblast revealed that 43% of the polled often follow political news in Ukraine; 25% - sometimes, 19% - rarely, and only 13% are not interested in politics at all. 28% are often interested in political events in the region; sometimes - 31%, rarely - 24%, not interested at all - 17%. A relatively higher level of interest in political news is observed among the older population and residents of the oblast center.

•    67% said they would definitely participate in the local elections, 21% have not decided whether to participate, and 11% are unlikely to vote. Voter mobilization is higher among those elderly people and women.

•    Among the mayoral candidates, the leader is Anatoliy Bondarenko from "Za maybutnye" party: 56.5% of those who intend to vote and have decided would support him. 12.3% are ready to support Vitaliy Ilchenko from “Sluha Narodu” party, 9.9% - Viktor Yevpak from “Holos” party, 6.2% - Serhiy Kudaktina from “European Solidarity”, and 5.5% - Dmytro Kukharchuk from “National Corps”. Ratings of other candidates are less than 3%. About 12% of respondents have not decided. 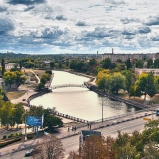 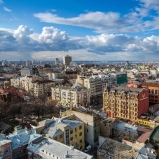