Among the problems, Kiev residents are most concerned about the tariffs for public utilities (77%). A third of the respondents worried about corruption in the city government, the work of public services, the quality of roads and utilities. Only 5% are concerned about chaotic placement of outdoor advertising, and 4% of its excess amount.

Accordingly, nearly two-thirds of respondents (58%) don’t consider changing the rules of advertising as a priority of the city authorities, less than a third of respondents (29%) consider it as one of the priorities.
Among the various types of outdoor advertising it is more loyal to the signs on the shops and stalls, the most negative reviews are about the advertising placed on the houses.
Two-thirds believe Kiev as a comfortable city for tourists, at the same time, the vast majority (almost 90%) believe that Kiev has the potential to become a more attractive city for tourists.
Almost a third of respondents (35%) traveled abroad to Europe in the last five years, half of them have been there once, half - several times.
Three-quarters of respondents support the right to take in 2017 Eurovision Song Contest in Kyiv, at the same time, only a third of respondents believe that Kiev`s infrastructure is ready for Eurovision.
Audience: Kyiv residents 18 years and older. The sample is representative by age, gender, area of residence. Sample: 1000 respondents. Personal formalized interview (face-to-face). Inaccuracy no more than 3,1%. The period of completion: 16-20 of September 2016.
Back to list 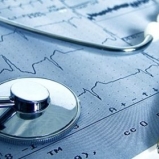 The state of medical sphere in Rivne region 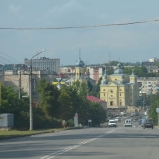 Social and political mood in Ternopil