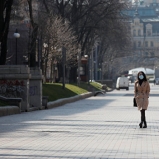 •    According to the survey carried out by the Sociological Group Rating on 24-25 April, 2020, 68% of respondents follow the news on the coronavirus often, 19% - sometimes, 9% - rarely. 5% are not interested in such news at all. Older people, women, and those with lower income are more likely to follow the coronavirus news.

•    61% of the polled believe measures taken by the authorities to combat coronavirus are optimal. 14% think they are too severe, 16% - too soft. Over the last two weeks, these figures have not changed, but at the same time, the number of those who think the authorities’ measures are soft has decreased almost half as much over the month. Residents of the East, men, young people, and those who are less interested in news on the coronavirus (or not interested at all) mentioned severe restrictive measures relatively more often.

•    Despite quarantine, 29% of respondents said they were leaving their houses several times a day, 23% - once a day. At the same time, 37% said they went out only once every few days, 11% try not to go out at all. Over the last two weeks, the number of those who leave home more often has increased significantly, particularly the number of respondents who go out several times a day has grown from 19% to 29%. Women, the oldest and poorest respondents are more likely to stay at home. At the same time, the less respondents follow the news, the more often they leave home during quarantine.

•    49% stated that the quality of public healthcare has rather deteriorated over the last two years. 33% believe that it has remained at the same level. Only 12% saw an improvement. Considering the dynamics over the last year, the number of those who have seen deterioration in the field of healthcare services has increased (from 37% to 49%). The residents of the South and East, older and poorer respondents, women have reported the deterioration more often.

•    Three-quarters of the polled plan to stay at home during May holidays. 17% intend to do housekeeping, 8% want to visit relatives, 5% - spend time with friends or acquaintances, 1% - go on a country trip. Residents of the West and Center, rural citizens mentioned the intention to do housekeeping relatively more often. Younger people, men, and those with higher income are more interested in visiting their relatives.


Audience: residents of Ukraine aged 18 and older in all regions except for the temporarily occupied territories of Crimea and Donbas. The sample is representative in terms of age, gender, region, and settlement type. Method of the survey: CATI (computer-assisted telephone interviews). Based on a random sampling of mobile phone numbers. Total sample: 1200 respondents. The margin of error with confidence level 0.95 does not exceed 2,8%. Period of the survey: 24-25 April, 2020 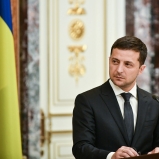 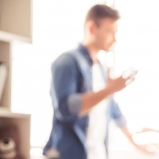