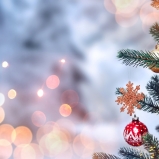 • According to the results of the research carried out by the Sociological Group “Rating”, almost 70% of the polled Ukrainians have the tradition to give gifts for St. Nicholas Day. About 30% do not have such a tradition.

• The highest number of supporters of the tradition to give gifts for St. Nicholas Day was recorded in the West (over 80%). In the Center and South, the number of such is two-thirds of the respondents, in the East - half. The rural residents, youth, and those with higher income are more likely to support this tradition.
• 43% said they believed in St. Nicholas (37% in 2016). At the same time, half said they did not believe. The level of faith in St. Nicholas is the highest in the West (63%), while in other regions this number is somewhat higher than one-third. The younger the respondents and the higher their income, the more they believe in St. Nicholas. Interestingly, more than half of the polled aged 30 to 50 stated their faith in the saint. Also, the number of those who believe is higher among the women and rural residents.
• In its turn, a quarter of the polled Ukrainians believe in Santa Claus, almost 70% do not believe. Those younger and with higher income are more likely to believe in Santa.
• More than 40% mentioned the New Year's Eve and Christmas as the most beloved New Year holidays. 7% of the respondents named St. Nicholas Day as the favorite, 3% - so called Old New Year. Only 3% do not like any of the listed holidays. During the survey, the number of those who love the New Year’s Eve has decreased (from 49% in 2011 to 43%).
• In the South, East, and Center, the New Year’s Eve is loved the most; in the West, on the contrary, Christmas is the most beloved holiday. Better attitude towards the New Year’s Eve was recorded among men, urban residents, younger respondents, and those with higher income. Accordingly, Christmas is more loved in villages, among older respondents, and women.
Audience: residents of Ukraine aged 18 and older. The sample is representative in terms of age, gender, region, and settlement type. Total sample: 2000 respondents. Personal formalized interview (face-to-face). The margin of error does not exceed 2.2%. Period of the survey: 16-25 November, 2018
Back to list 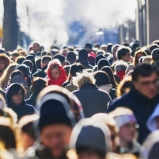 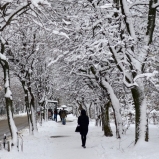