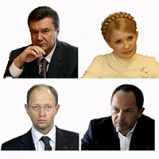 Politicians’ features: through the eyes of the voters

The Sociological group "Rating" starts a new project "Politicians’ features", which will hopefully become a kind of mirror, where politicians will be able to look at themselves through the eyes of voters - their direct employers.

The start of the project is dedicated to the new political season, which is deciding in many ways. That is why we used May-June 2011 data for the analysis – and thus before Tymoshenko’s investigative isolation ward and possible new turns in the Gongadze case, before unifying processes between Tihipko and the Party of Regions and another attempt to consolidate the opposition, and much more.

The next wave of research, which is planned for October-November, may possibly reveal other features of politicians, but it will already be another story.

Currently, we offer to look into features of politicians, whose parties (at least in early summer) formed the top five of the rating: V. Yanukovych, Y. Tymoshenko, A. Yatsenyuk, S. Tihipko and O. Tiahnybok.

V. Yanukovych has a team of professionals (14%) and he yields to none according to this position. As for other inherent features of the current head of the state, respondents believe he is more religious (8%), reliable (5%) and able to compromise with opponents (8%) than other politicians.

At the same time, Y. Tymoshenko speaks intelligible words (11%), worries about the likes of me (6%), protects the state (5%).  The same numbers of respondents believe that V. Yanukovych and Y.  Tymoshenko worthily represent Ukraine in the world (10%), fulfill their promises (8%), care about family values ​​ (4%).

A. Yatsenyuk can bring changes (13%), has an effective program of the development of the country (8%).

All of this applies to positive features. Instead, a significant number of respondents noted negative features of politicians.

Almost the same number of respondents (about a quarter) believes that V. Yanukovych and Y. Tymoshenko are prone to corruption.  12% have the same opinion about S. Tihipko, 9% - about A. Yatsenyuk and O. Tiahnybok.

It should be noted that 10% of respondents could not decide on features inherent to V. Yanukovych and Y. Tymoshenko. A lot more respondents appeared uncertain about features of S. Tihipko (20%), A. Yatsenyuk (24%) and O. Tiahnybok (26%), which are relatively new politicians for respondents, and therefore have better chances to prove themselves on the positive side or not to uncover themselves fully.

Quite interesting was the analysis of politicians’ features through the eyes of the voters of their political parties - something that they are actually supported for.

Thus, according to supporters of the Party of Regions, V. Yanukovych is a strong leader (49%), which has a team of professionals (39%), knows how to manage the economy (37%) and fulfills his promises (33%).

According to supporters of Batkivshchyna, Y. Tymoshenko is a strong leader (57%), who worthily represents Ukraine in the world (40%), speaks intelligible words (40%) and fulfills her promises (33%).

S. Tihipko and A. Yatsenyuk also have similar features in the eyes of the voters of their political parties. They both know how to manage the economy (S. Tihipko knows it better - 53% vs. 49%), can bring changes (A. Yatsenyuk can do it better - 51% vs. 40%) have an effective program of the country’s development (A. Yatsenyuk - 42%, S. Tihipko - 38%). Leadership skills of both politicians are not appraised highly by the voters.

Thus, Ukrainian politicians are so alike and at the same time so different... 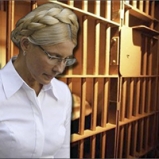 Tymoshenko case through eyes of voters 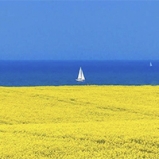 SUMMER-2011: how do Ukrainians plan to spend it?