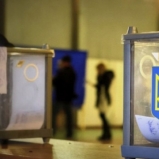 Electoral moods of the population (2-3 November)

•    The results of the survey carried out by the Sociological Group “Rating” in the beginning of November, 2020, revealed the leader of the parliamentary rating is “Sluha Narodu” party – 22.7% of those who intend to vote and have decided on the choice are ready to support it. 17.1% are ready to vote for “Opposition Platform – Za Zhyttia”, 15.4% - “European Solidarity”, 8.0%  - “Batkivshchyna”. “Za Maybutnye" is supported by 4.5%, “Syla i Chest” – by 4.3%, “Radical Party” – 4.3%, “UDAR” of Vitaliy Klytschko – 3.7%, “Holos” – 3.6%, “Svoboda” – 3.5%, “Shariy Party” – 3.4%, and "Ukrainian Strategy of Hroysman" – 3.1%. The rating of other political forces is less than 3%.
•    “Sluha Narodu” party maintains strong position in the Southern regions. "Opposition Platform – Za Zhyttia" has an advantage in the South and East, "Batkivshchyna" - in the Center and West, "European Solidarity" - in the West and in Kyiv, "Za Maybutnye" - in the West.
•    Cities are more likely to vote for “Opposition Platform – Za Zhyttia”, “European Solidarity”, “Holos”, and “Shariy Party”. At the same time, “Batkivshchyna”, “Za Maybutnye”, and “Radical Party” of Lyashko have the highest support among rural residents. The electorate of “Sluha Narodu” is relatively evenly distributed in terms of settlement type.

Audience: residents of Ukraine aged 18 and older in all oblasts, except for the temporarily occupied territories of Crimea and Donbas. The sample is representative in terms of age, gender, and settlement type. Total sample: 2000 respondents. Survey method: CATI (Computer Assisted Telephone Interviewing). Based on a random sample of mobile phone numbers. The margin of error does not exceed 2.2%. Period of the survey: 2-3 November, 2020. 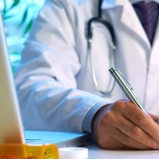 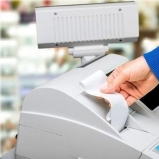