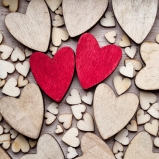 • According to the survey conducted by the Sociological Group "Rating", 67% of Ukrainians said that they had a permanent sexual partner. 4% have a non-permanent partner. 19% answered that they did not have any sexual partner currently, but used to have. Only 3% indicated that they had no partner and had never had any before, 7% refused to answer the question.

• Almost 80% of the respondents agree with the statements that sex is a very important part of human life (10% disagree). The more inclined to support this statement were those married (registered or unregistered).
• Two-thirds believe that sexual relationships before marriage are normal. Every fifth thinks the opposite. The younger respondents, those upon civil marriage, and single persons were more likely to support this thesis.
• 45% believe that for men sex is more important than for women (34% share the opposite opinion). The number of this opinion supporters is higher among women, middle-aged and elderly people.
• 41% agreed with the thesis that fulfillment of "marital duty in bed" was mandatory for a man; almost the same number shares the opposite opinion. The number of the thesis supporters is somewhat higher among men.
• 30% of the respondents agree with the statement that sex can be a service sold for money (55% share the opposite opinion). Men, younger and middle-aged persons are the most likely to agree with this statement.
• 24% agree that a woman should not demonstrate sexual initiative (57% disagree). The number of such is relatively higher among men, younger respondents, and those upon civil marriage.
• Only 19% agree that married woman is obligated to have sex with her husband, even if she does not want to (67% disagree). The support for this thesis is somewhat higher among the oldest respondents.
• Only 16% agree that it is normal to have permanent sexual relationships with more than one person at a time (70% disagree). The number of this thesis opponents is somewhat higher among women and younger respondents.
• 60% of the polled do not feel discomfort or shame when talking about sex with their spouse / permanent sexual partner. Only 6% feel pretty much uncomfortable. 35% do not feel shame at all when talking about sex with friends, acquaintances (14% are very shamed). 21% said they did not feel shame when talking about sex with strangers. At the same time, almost one-third feels very uncomfortable. Younger respondents and men feel relatively less shame when talking about sex.
• Half of the respondents are going to celebrate St. Valentine's Day. At the same time, 41% do not have such intentions, 3% do not know such a holiday at all. The highest number of those who intend to celebrate was recorded in the South (59%), in other regions - about half. Men, younger interviewed, and civil marriage couples are among those who are more likely to celebrate.
• For 40% of the polled, St. Valentine's Day is All Lovers Day. 27% said that it was just an ordinary day, 19% - an occasion to congratulate loved ones. Only 8% consider it a holiday that is not familiar for our country's traditions and culture. The number of this holiday supporters is higher in the Southern macro-region, among young people, men, and those upon civil marriage. For one-third of the respondents of older age this holiday is just an ordinary day.
• Almost half of the respondents plan to give gifts for St. Valentine's Day. 45% - do not have such intentions. In the South, East, and Center, the number of such is about a half of the polled, in the West - 43%. Higher intentions are observed among men, younger respondents, and civil marriage couples.
Audience: residents of Ukraine aged 18 and older. The sample is representative in terms of age, gender, region, and settlement type. Total sample: 2000 respondents. Personal formalized interview (face-to-face). The margin of error does not exceed 2.2%. Period of the survey: 23 January – 3 February, 2019
Back to list 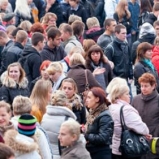