This Exit Poll is organized by 4 partners. The sponsor of the project is the Government of Canada. The exit poll is executed by the Rating Group Ukraine and «Baltic Surveys» / The Gallup Organization (Lithuania) with the support of  International Republican Institute. Voters were surveyed at 330 polling stations in all regions of Ukraine except of Crimea. More than 25 000 respondents participated in the exit poll.

According to the results of International Exit Poll, the activity of different age groups in the elections on October 26 differed significantly during the day
In particular, older voters were much more active in the morning, young and middle-aged people - in the afternoon, and before the closing of polls. If at 10:00 older people (aged 50 and over) in the structure of voters who voted at that time amounted to 60%, as at 14:00 - about 50%, then at the end of the day - only 25%. And conversely, if at 10:00 voters aged less than 30 years in total structure amounted to only 9%, then till the end of the day - 25%.  Similarly, if in the morning proportion of voters aged 30-39 years was only 12%, then at the last hours of voting - almost 30%.
Speaking about the whole voting day, the most active, like in the 2012 elections, were voters aged 50-59 years (the turnout was more than 65%). The least active were young people aged 18-24 years (only every third came on elections).
Compared with the previous parliamentary elections, voter turnout according to the CEC's data, deteriorated from 58 to 52%. Comparing the  exit polls' results of Rating Group Ukraine for 2012 and 2014 years, gives reason to believe that the greatest loss of activity occurred among the youngest age group (18-24 years) and among the oldest (60 years and over), geographically - it is South and East Ukraine. However, middle-aged voters were more active than at the 2012 elections.
Back to list 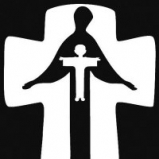 Dynamics of attitude to Holodomor: November 2014