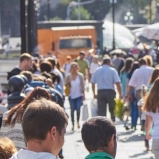 •    A relatively higher level of awareness is demonstrated in relation to the plans of Yulia Tymoshenko (46%, 15% of them know a lot about the candidate's plans, 18% - are partly acquainted, and 14% - know very little).

•    Almost a half of the polled are definitely inclined to vote in the presidential elections, and every fifth is more likely than not.

•    Tymoshenko has strong electoral positions in almost all macro-regions with relatively higher indicators in the West, Center, and South. The main electoral base of Hrytsenko is currently also more concentrated in the Western and Central regions, while in other regions of the country his positions are weaker. Poroshenko is supported more or less equally in all macro-regions except for the East, Lyashko - in the South and Center, Vakarchuk - in the West. The number of the voters of Boyko, Rabynovich, and Zelenskiy is relatively higher in the East and South, with the difference that Boyko and Rabynovich are relatively more supported in the East while Zelenskiy - in the South.

•    16% of the polled believe that the next president will be Yulia Tymoshenko, 12.7% - Petro Poroshenko. Other 6.7% think that Yuriy Boyko will become the president, 4.7% - Volodymyr Zelenskiy, 3.7% - Oleh Lyashko, 3.4% - Anatoliy Hrytsenko, 2.9% - Svyatoslav Vakarchuk, 1,9% - Vadym Rabynovich. Almost 40% of the respondents could not predict who would be the next president of the country. Along with that, over the last few months, confidence indicators regarding the victory of Y.Tymoshenko at the presidential elections have increased (from 10% to 16%), regarding P. Poroshenko victory – have decreased (from 15% to 13%).

•    The intentions to participate in parliamentary elections are somewhat weaker - 46% are definitely inclined to vote, every fifth is more likely than not.

•    The party rating is headed by Batkivshchyna - 19.5% of those who intend to vote and have decided on their choice are ready to support this force. The second position is shared by Opposition Bloc, Civic Position, and "Sluha Narodu" party - about 11% are ready to vote for them. 7.2% intend to give their votes for the party “Za Zhyttia”, Radical Party - 7.0%, BPP Solidarnist - 6.5%, Samopomich - 4.3%, Svoboda - 4.1%, Agrarian Party - 2.5%. The rating of other parties is less than 2%. Almost every sixth has not decided on the choice.

•    Batkivshchyna and BPP Solidarnist have relatively better indicators in all macro-regions of the country except for the Eastern regions; Civic position is better supported in the West and Center. Opposition bloc and “Za Zhyttia” have the strongest positions in the South and East of the country, Radical Party and “Sluha Narodu" - in the Center and South, Samopomich and Svoboda - in the West.

Audience: residents of Ukraine aged 18 and older. The sample is representative in terms of age, gender, region, and settlement type. Total sample: 2000 respondents. Personal formalized interview (face-to-face). The margin of error does not exceed 2.2%. Period of the survey: 20 July – 3 August 2018 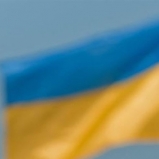 Dynamics of the Patriotic Moods of Ukrainians: August 2018 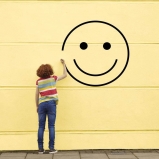