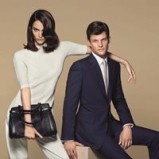 The majority of Ukrainians believe that the image of "A REAL MAN" suits Klychko brothers and Vladimir Putin the most; Viktor Yanukovych, Arseniy Yatsenyuk and the footballer Andriy Shevchenko - less.

However, the image of "A REAL WOMAN", according to respondents, suits Yulia Tymoshenko and Sofia Rotaru the most; Ani Lorak, Angela Merkel, Alla Pugacheva and Margaret Thatcher - less.

The Sociological group "Rating" continues the special project "National TOP", which consists of a series of researches determining the best of the best. The peculiarity of the method lies in the fact that respondents do not receive any lists or tips, people express their opinions in open questions only, naming three variants of their own. In October we present the issue "Real men and women."


Thus, according to the survey, the majority of Ukrainian respondents would call (among famous people in Ukraine or abroad) Vitaliy Klychko (30.1%), as well as his brother Volodymyr Klychko (9.9%) and the Russian President Vladimir Putin (9.5%) a "real man".

The President of Ukraine Viktor Yanukovych (6.3%), the leader of the opposition Arseniy Yatsenyuk (5.3%) and the footballer Andriy Shevchenko (5.1%) were mentioned less often.

The top ten also included Ukrainian politicians Serhiy Tihipko (2.9%) and Oleg Tiahnybok (2.6%), the President of Belarus Alexander Lukashenko (2.5%) and the President of the USA Barack Obama (2.4%).

In general respondents named 323 men. However, about 32% of respondents could not answer the question.


According to the survey, the majority of Ukrainian respondents would call (among famous people in Ukraine or abroad)  the ex-Prime Minister Yulia Tymoshenko (24%) and the singer Sofia Rotaru (10.4%) a "real woman".

In general respondents named 248 women. However, about 37% of respondents could not answer the question. 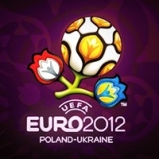 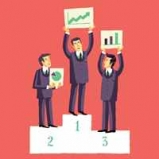