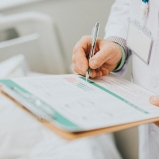 •    According to the results of the survey carried out by the Sociological Group Rating, 36% of respondents consult a doctor or healthcare professional about their health or in order to receive any advice on their health less than once a year, 15-18% - every year or six months, 13% - at least once every 3 months, and only 8% - every month.

•    84% have chosen their family doctor and signed a declaration with him (this figure has increased from 63% to 84% over two years); 16% - have not yet chosen a doctor. The highest number of those who have chosen their therapist was observed among seniors, women, and those who address doctors more often.

•    27% would support the appointment of a foreigner as Minister of Health, 64% would oppose this idea. Younger respondents as well as those with higher income would support such an appointment more likely. 62% believe that activities of Ulyana Suprun have affected the healthcare in Ukraine rather negatively, 19% - rather positively, almost 20% - could not assess. A more positive attitude towards the activities of U.Suprun was recorded among the residents of the West, younger people, and those with higher income.

•    About 60% have heard of Ministry of Health initiatives such as upgrading the Ehealth electronic system, upgrading the emergency fleet, introducing a vaccination awareness system, and giving citizens the right to voluntarily decide on organ donation after their death. Only one-third of the population was informed about other initiatives (such as the resumption of free hepatitis testing, construction of interregional hospitals, strengthening of epidemiological control, and establishment of university clinics). Those who know about these initiatives are a little more supportive of their implementation. In general, all these initiatives are supported by the majority of respondents, while the ideas of fleet renewal and resumption of free hepatitis testing are the most supported.

•    The attitude towards the daily briefings of the Ministry of Health on the situation with coronavirus is not clear: 49% support them, while 43% - do not.

•    The vast majority do not support the idea of closing hospitals that serve a small number of patients (86% - disapprove; only 10% - approve).

•    Half of the respondents expect a new wave of coronavirus epidemic during autumn-winter this year, while about 40% do not expect it, and 11% could not answer. 46% believe that the authorities should reintroduce strict quarantine measures during a possible second wave of the epidemic, but the same number (47%) do not think so. Those who are expecting for the second wave argue for introduction of quarantine measures, while one-third of them stand against this initiative.

•    74% of respondents believe the Ministry of Health is important for them and their families, 19% consider it unimportant.

•    In general, trust in the central state institutions of the healthcare security system has increased somewhat as compared to the previous month. 30% trust the Ministry of Health, 55% do not trust it. 20% trust the National Healthcare Service of Ukraine, 38% do not trust it. The Verkhovna Rada Committee on Health of the Nation, Healthcare, and Medical Insurance is trusted by 14%, and not trusted by 51%.

•    The main sources of information about the situation with the coronavirus in Ukraine are national television (60%) and Internet sites (51%). 26% receive information via Facebook, 17% - from relatives, friends, and acquaintances, 14% - YouTube, 13% - Telegram channel and the Coronavirus Info Viber community; radio, press, Instagram, and the official website of the Ministry of Health - 8-12%.


Audience: residents of Ukraine aged 18 and older in all oblasts, except for the temporarily occupied territories of Crimea and Donbas. The sample is representative in terms of age, gender, and settlement type. Total sample: 2000 respondents. Personal formalized interview (face-to-face). The margin of error with a 0.95 confidence level does not exceed 2.2%. Period of the survey: first wave: July 14-19, 2020; second wave: August 15-25, 2020. 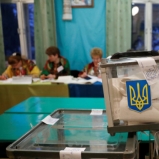 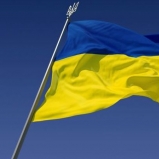