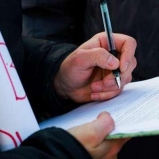 •    The results of the survey carried out by the Sociological Group Rating on October 14-16 revealed that 60% are aware that President Zelenskyy has announced a nationwide poll on the election day, October 25 (25% said they were well informed, 35% had heard something). 40% know nothing about it. Relatively higher level of awareness of the presidential initiative was recorded among urban residents and those elderly respondents. During the survey, there was a gradual increase in the number of those who have heard about this initiative.

•    42% of the polled are positive about the president's idea to conduct a nationwide poll on Election Day. 33% are neutral, and 22% - negative. Residents of the Southern and Eastern regions of the country, rural and small cities residents, “Sluha Narodu” party voters are relatively more supportive of this idea. The oldest respondents and “European Solidarity” voters are negative about this initiative.

Audience: residents of Ukraine aged 18 and older in all oblasts, except for the temporarily occupied territories of Crimea and Donbas. The sample is representative in terms of age, gender, and settlement type. Total sample: 5000 respondents. Survey method: CATI (computer-assisted telephone interviews). Based on a random sample of mobile phone numbers. The margin of error with a 0.95 confidence level does not exceed 1.4%. Period of the survey: 14-16 October, 2020 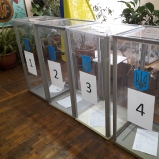 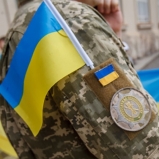