Relations between the state and business

According to results of the research conducted by the sociological group "Rating", 37% of the respondents think that the representatives of the large business should not be present in Parliament under any circumstances, another 33% believe that they may be present in Parliament, if they will sell their business. Don't see anything bad that representatives of large business can be present at parliament - 18%, undecided - 12%.

The majority of respondents (58%) believe that the party should conduct the campaign to Parliament funded with income and savings of party leaders, 24% - with contributions from voters to the party pre-election fund, another 22% - from the expense of big business sponsors, 9 % - at the expense of public funds, another - 3%, undecided to answer - 12%.

On a question what the state have to do to with the large enterprises which belong to oligarchs, 45% supported carrying out the objective investigation and return to the state only illegally received enterprises, 36% - for the nationalizing all the large enterprises that belong to oligarchs, 11% agree to give the chance to pay in addition for illegally received objects, but to leave them in property of oligarchs, only 2% - for to do nothing. Didn't decide on the answer - 6%.

To be engaged in own business would like 30% of respondents, 55% wouldn't like it, only 3% said that they already have their own business, 12% - are undecided on this issue. 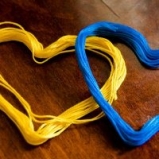 Electoral moods of the population: July 2014