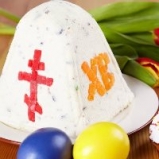 According to the research conducted by the Sociological group "Rating", the absolute majority of respondents will celebrate this year's Easter; the majority will go to the church: someone to attend service and someone to simply consecrate an Easter basket. Although not everyone observes Lent, people already understand its importance, at least those who commit to fasting.

91% of respondents know that Easter means the resurrection of Jesus Christ, the rest (9%), - do not know this, incl. 3% who believe that Easter is the birth of Jesus Christ, 1% - christening.
96% of respondents are planning to celebrate this year's Easter, incl. 82% - will definitely celebrate, other 14% - will likely celebrate.
Easter holiday is one of the most popular holidays in Ukraine and it has a definite unifying effect: both elderly people and young people are going to celebrate it, both in the West and in the East; believers of both Moscow and Kyivan Patriarchates, supporters of both the Party of Regions and Batkivshchyna.
Thus, 77% of respondents plan to attend church on Easter, incl. 38% - plan to attend service in the first place, 39% - to consecrate an Easter basket. In the West, people will go to church primarily to attend service. In the North and in Donbas almost the same number of people will go to church both to attend service and to consecrate an Easter basket. While in the Center, in the South and in the East people will go to church primarily to consecrate an Easter basket.
Elderly people, retired people, especially rural residents, women rather than men plan to attend Easter service in the first place. The vast majority of Greek Catholics, almost a half of parishioners of the UOC (KP) and a third of parishioners of the UOC (MP) will primarily go to church to attend service.
7% of respondents observe Lent the whole period, other 11% - only on some days. 15% - are trying to fast, but do not always succeed, other 5% - would like to fast, but their health does not allow them to. 60% - definitely do not observe Lent.
People in the West are the most dedicated to observing Lent (15% - the whole period, 28% - only on some days), respectively, they are Greek Catholics. The least dedicated - in the East. Believers of the UOC (KP) observe Lent more often than parishioners of the UOC (MP).
Believers who do not belong to any denomination and non-believers practically do not observe Lent.
The older are the respondents, the lower is their level of education, the more they observe Lent. Lent is mostly observed by women and rural residents. Also, the majority of those who would like to observe Lent, but their health does not allow them to, is among elderly people.
The main purpose of observance of fasting is spiritual purification (59%). Less often people fast to cleanse the body (15%) or in order to lose weight (3%). Every sixth respondent is fasting because it is customary.
80% of respondents, who strictly observe Lent, do it for spiritual purification. While a considerable part of those who only try, do it because it is customary.
During Lent respondents are mostly willing to give up eating animal source foods (70%), less willing – to give up alcohol and cigarettes (58%), entertainments and celebrations (50%) as well as the usage of obscene words (40%). They are practically not ready to give up watching entertainment programs on TV (20%) and intimate relationships (19%).
The target audience of the research: the population of Ukraine aged from 18 and older. Optional quantity: 2000 respondents. The methods of investigation: personal formalized interview according to the questionnaire (face to face). Measure of inaccuracy for the values close to 50% is less than 2.2%, for the values close to 30% – less than 2%, for the values close to 10% – less than 1.3. The period of completion: 15-26 of March 2012
The oblast’ distribution:
West: Volyns’ka, Transcarpathia, Ivano–Frankivs’ka, L’vivs’ka, Rivnens’ka, Ternopil’s’ka, Chernivets’ka.
Centre: Vinnyts’ka, Kirovograds’ka, Poltavs’ka, Khmel’nyts’ka, Cherkas’ka.
North: Kyiv, Kyivs’ka, Zhytomyrs’ka, Sums’ka, Chernihivs’ka.
South: AR Crimea, Odes’ka, Khersons’ka, Mykolaivs’ka, Sevastopol
East: Dnipropetrovs’ka, Zaporiz’ka, Kharkivs’ka.
Donbass: Donets’ka, Luhans’ka.
Back to list 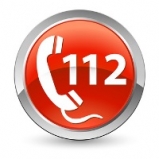 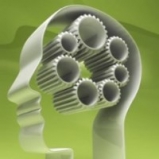