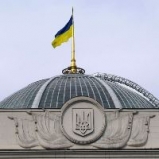 Ratings of parties in elections to the Verkhovna Rada: March 2012

According to the research conducted by the Sociological group "Rating" if elections to the Verkhovna Rada of Ukraine occured in March 2012, 42% of respondents would definitely participate in them, while 33% would likely participate.

As compared to the previous month, the level of voters’ mobilization has not changed. The highest level of mobilization is fixed in the West and in the North, the lowest - in the East, in Donbas and in the South of the country. For comparison: in the West a third more people than in Donbas intend to participate in elections. The highest level of mobilization is observed among supporters of Batkivshchyna, Freedom, the CPU and the Party of Regions.
RESULTS:
If elections to the Verkhovna Rada of Ukraine occured in March 2012, 21.3% of respondents (among those who would participate in elections) would vote for the Party of Regions, 20.9% -for Batkivshchyna, 9.9% - for the Front for Change, 7.4% - for the Communist Party, 7.2% - for  V. Klychko’s party UDAR, 4.3% - for Freedom. Other 2.7% of voters would support Civil Position, 1.5% - the People's Party.
About 1% of voters would support the European Party of Ukraine, the Ukrainian Social Democratic Party (N.Korolevska’s party " Forward, Ukraine!") and Our Ukraine.
The rest of the parties are supported by about 4%, undecided - 17.7%.
TENDENCIES:
The target audience of the research: the population of Ukraine aged from 18 and older. Optional quantity: 2000 respondents. The methods of investigation: personal formalized interview according to the questionnaire (face to face). Measure of inaccuracy for the values close to 50% is less than 2.2%, for the values close to 30% – less than 2%, for the values close to 10% – less than 1.3. The period of completion: 15-26 of March 2012
The oblast’ distribution:
West: Volyns’ka, Transcarpathia, Ivano–Frankivs’ka, L’vivs’ka, Rivnens’ka, Ternopil’s’ka, Chernivets’ka.
Centre: Vinnyts’ka, Kirovograds’ka, Poltavs’ka, Khmel’nyts’ka, Cherkas’ka.
North: Kyiv, Kyivs’ka, Zhytomyrs’ka, Sums’ka, Chernihivs’ka.
South: AR Crimea, Odes’ka, Khersons’ka, Mykolaivs’ka, Sevastopol
East: Dnipropetrovs’ka, Zaporiz’ka, Kharkivs’ka.
Donbass: Donets’ka, Luhans’ka.
Back to list 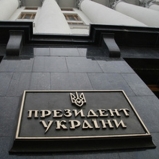 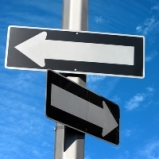