Citizens’ feeling of the freedom of speech curtailment: dynamics 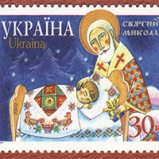 Drivers who annoy on the road