•    Results of the survey carried out by the Sociological Group Rating on September 18-24, 2020 among the residents of Mariupol, revealed that the state of local things is assessed much better as compared to the overall situation in the country. Thus, only 14% believe the country is heading in the right direction, 69% - in the wrong direction. On the other hand, 62% of the city residents think their city is heading in the right direction, while 24% share the opposing opinion.

•    67% said they would definitely vote in the local elections. Nearly 20% of respondents are not sure on the matter. 12% are unlikely to vote.

•    80% of respondents do not mind the re-election of the current mayor. Only 14% spoke about the need to choose a new personality.

•    Vadym Boychenko is the leader among the mayoral candidates: 72.4% of those who intend to vote and have decided are ready to support him. 11.9% are ready to vote for Volodymyr Klymenko, 4.1% - Artur Androschuk, 3.0% - Maksym Borodyn. The rating of others is lower than 2%. About 7% of respondents have not decided who they will vote for.


Audience: residents of Mariupol aged 18 and older. The sample is representative in terms of age and gender. Total sample: 1000 respondents. Personal formalized interview (face-to-face). The margin of error does not exceed 3.1%. Period of the survey: 18-24 September, 2020. 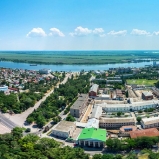 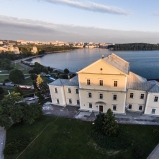