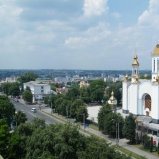 •    The results of a survey conducted by the Sociological Group “Rating” on March 13-21, 2020 among the residents of Rivne revealed that 32% of the polled think the city is moving in the right direction, 44% - wrong direction. Things in the country are assessed worse: 27% think Ukraine is moving in the right direction, 51% - wrong direction. Considering the dynamics, as compared to the post-election period, pessimistic moods referring the development of the country and the city have increased. Optimism prevails among younger respondents and those with higher income. As for the development of the country, it is rated relatively better by the voters of “Sluha Narodu” party, while the worst rates are given by “European Solidarity” and “Opposition Platform – Za Zhyttia” parties’ voters. With regard to the state of local things, the number of optimists is relatively higher among “Sluha Narodu” and “European Solidarity” parties’ voters, pessimists - among the supporters of “Svoboda”, “Batkivshchyna”, and “Opposition Platform”.

•    Respondents reveal a high demand for a candidate for mayoral post with significant municipal administration experience. 80% would prefer the mayor to be a businessman rather than a politician.

•    Voters would rather prefer a candidate who demonstrate a strong personality, regardless of party preferences. A party franchise is only important to every fifth voter.

•    Residents of the city consider that the authorities’ priority should be primarily medical institutions (44%) and also housing and communal areas (35%). 27% named job creation and roads as priorities, 20-22% - educational institutions and combatting corruption, 14-17% - social protection for poor, trash collection, quality of public transportation, and attracting investments in the city.

•    The military conflict in the East is considered the most important problem for the country. At the same time, in the rating of personal problems, residents named low salaries, military conflict, and growth of tariffs for utilities.

•    The cost of utilities is considered the biggest problem for the city (52%). 27% named poor road conditions, corruption within state bodies, alcoholism, and drug addiction, 23% - trash collection, about 15-17% - stray animals and low professional level of doctors. In general, socio-economic problems (low salaries and pensions, tariffs growth) are more relevant for older people and those with lower income.

•    54% consider the coronavirus a real threat to themselves and their families. 39% of respondents think the opposite. The fear of the virus is more prevalent among women and older respondents. Persons with small children are also more likely to report the threat.


Audience: residents of Rivne aged 18 and older. The sample is representative in terms of age and gender. Total sample: 800 respondents. Method of the survey: personal formalized interview (face-to-face). The margin of error does not exceed 3.5%. Period of the survey: 13-21 March, 2020. Poll commissioned by the Information Agency “Western Argument” 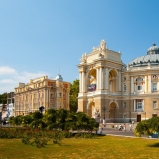 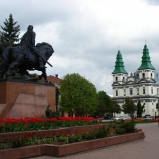