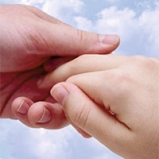 Project “Ukrainian Charity”. Part 2: Who needs help and who really gets it?

The sociological Group "Rating" continues to present results of the research, conducted at the expense of the company, according to the special project "Ukrainian Charity". In December we presented Part 1: "Help during New Year holidays!"

The number of respondents, who stated they were never engaged in charity, varies from about a half in the West and in the South to 70% in Donbas and in the East. The majority of people, who have never been involved in charity, are aged 18-29 and 30-39. Mostly, these are people with a low level of education and low income, mostly unmarried; among them there are slightly more men than women. According to the social status, they are housewives, students, workers, unemployed.

Respondents picked out the following directions, which need charitable assistance the most: orphanages (64%), homeless children (62%) and disabled children (58%). Elderly people, who need help (42%), nursing homes (41%), severe diseases of mankind (37%), low-income families (32%), and adults with disabilities (26%) were mentioned not as often.

The rating is closed with such issues as education, science (4%), people, deprived of liberty (3%), people, subjected to repressions by authorities (3%), art, culture (2%), problems of national minorities (1%), other (1%). 1% of the respondents could not decide.

Thus, among directions, which need charitable assistance the most, the category of "children" is an unquestioning "leader".

As it turned out, benefactors could also be divided into certain groups. After analyzing respondents' answers to the question "To which of these directions would you personally donate?", we compiled a certain "charity matrix", which shows directions correlated with each other, dividing benefactors into certain psychological groups; there are 8 of them:

• “Church. People, who are begging"

Thus, most often respondents show their charity by giving alms in the street (40% among respondents, who gave to charity at least once). Also by helping homeless children (33%), donating to the church (30%) and helping elderly people, who need assistance (29%).

Elderly people are mainly helped in the South and in Donbas (including donations to nursing homes and homeless adults). People, who reside in the North (first of all Kyiv), mostly donate to the development of health care, in the East – to orphanages, in the Centre – to severe diseases of mankind

After analyzing the results, we can draw the following conclusions:

2. The least active directions of charity are: drug addiction and alcoholism, education and science, gifted young people, development of health care, environmental protection and nursing homes. Insufficiently active are the following directions: people, subjected to repressions, people with psychological disorders, disabled children and adults, human rights, orphanages, severe diseases of mankind, protection of animals, arts and culture, as well as people, deprived of liberty. However, the choice to help was conscious for most inactive directions of charity. So, 9 out of 10 respondents, who helped gifted young people, nursing homes, disabled children and orphanages believe that these directions require charitable assistance the most.

On the basis of the above, the number of logical questions about our illogical behavior concerning charity, which we started in the previous survey ...

• Why does our rather big (27%) wish to donate to charity hides behind the most convenient, the most popular obstacles in the process of its implementation?

• Why does the wish to help others survive only with 5-6% of citizens as a result of this difficult struggle between household and spiritual comfort?

... is supplemented with a new question:

• Why do we often donate to directions, which we do not consider priority directions? 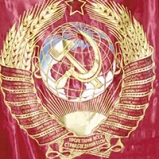 “Back in USSR?”: opinions of Ukrainians and Russians