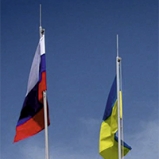 The vast majority of Ukrainians (76%) and Russians (84%) consider themselves patriots. It is worth noting that, according to the survey, among Ukrainians there turned out to be two times more respondents (than among Russians), who found difficulty in answering the question "How would you describe yourself - as a patriot of your country or not?"

In Russia primarily residents of Moscow and St. Petersburg called themselves patriots. In Ukraine, - residents of the Center, of the North and of the West.

Both in Russia and in Ukraine young people feel the least patriotic, while elderly people are the most patriotic.

The main reason to be proud of the country for Ukrainians is a place where they were born and raised (33%), as well as the land on which they live (31%).

For Russians, the main reason to be proud of their country is its historic past (47%). Among Ukrainians there are half as many people like that (25%).

According to the survey conducted in two countries, Russians are much more proud of their literature and art as compared to Ukrainians (17% vs. 9%), as well as of the military power of their country (16% vs. 3%).

It is interesting that 13% of Russians and 9% of Ukrainians believe that true patriotism is manifested in conversations and discussions with friends on patriotic topics.

Middle-aged Russians are more likely to find true patriotism in strengthening the family and in raising children, young people - in celebrations of historical dates.

The same tendencies are characteristic of Ukrainians. In addition, middle-aged Ukrainians and Russians are more likely to believe that true patriotism lies in voting for patriotic parties and politicians during the elections.

Residents of the South of Ukraine are more likely to find true patriotism in strengthening of the family and in raising children, of the Central Ukraine - in working with full dedication in their profession, of the Western Ukraine - in voting for patriotic parties and politicians during the elections, as well as in participation in patriotic organizations, of the Northern Ukraine - in celebrations of historical events and anniversaries, of Donbas -  in respecting traditions.

Moreover, every fifth resident of Donbas and of the Western Ukraine (more often than in other regions) sees true patriotism in constructive criticism of the country’s disadvantages.

26% of Ukrainians have also identified themselves with the word "man".

In turn, 38% of respondents in Donbas, 31% - in the South vs 18% - in the West of Ukraine identified themselves as residents of their region, city or village.

43% of residents of Donbas (approximately twice as much as in other regions) would answer the question "Who am I?" with the word "man".

It is interesting that 15% of Russians, and only 8% of Ukrainians consider themselves to be Soviet citizens. In Ukraine, residents of the South believe it the most (14%).

In addition, 17% of Russians and 16% of Ukrainians define themselves through their family roles (father, wife, grandmother, etc.).