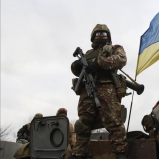 Back to list
Tweet
30592
# Tags
patriotism military conflict society threats
• The survey conducted by the Sociological Group “Rating” on March 12-13, 2022, shows that 76% of the respondents believe that things in Ukraine are moving in the right direction. This is the highest share in the history of our measurements. Only 15% disagreed with this and 10% could not to give their estimate. The assessment of the direction as the right one dominates in all the regions and among all the age groups.
• The self-esteem of Ukrainians significantly increased during the war. Now, most respondents see Ukraine either among the “leaders” (34%) or among the “average ones” (42%) compared to European countries, while as recently as two months ago, most placed Ukraine among the “outsiders”. At the same time, 63% see Ukraine as a “leader” among the countries of the former Soviet Union, while as recently as two months ago they saw the country mainly among the “average ones”.
• The vast majority of the respondents support the initiative to give cities the status of a hero city (93%) and rename the streets in honor of the Heroes who are currently defending Ukraine (92%). Maximum support for such an initiative is observed in all the regions of Ukraine. It presents a unique chance to create a new history through the new heroes who unite the nation.
• 56% of the respondents believe that the main goal of Russia's invasion is the complete destruction of the Ukrainian people, and this view dominates in all the regions of Ukraine. Another half believe that the target of the attack is the occupation of Ukraine and its annexation by Russia. Only 15% to 17% think that Russia is pursuing the goal of changing Ukraine's political course or preventing the deployment of NATO bases. 10% believe that Russia’s motive is the destruction of military infrastructure, while 5%, that it’s provoking NATO to a war. Those who believe that the Russian invasion was aimed at protecting Russian speakers comprise only 2%.
• The majority (64%) of the respondents consider looking for compromises at the negotiations that involve other countries as a real way to end the war. Almost a third of the respondents believe that Ukraine should withdraw from the negotiations and fight until the liberation of all its territories, while only 1% believe that Ukraine should agree to most of Russia’s demands.
• Ukrainians are not ready to give up either the Crimea or Donbas: most believe that Ukraine should use all the opportunities to return the occupied territories of Donbas (86%) and the Crimea (80%). Residents of all the regions believe so, and this share is now higher than in the pre-war times.
• A half of the surveyed Ukrainians estimate the probability that Russia will carry out a military attack on one of the European countries as a high (25%) or medium (26%) one. Only 22% deny such a possibility at all: it is primarily elderly people.
• The support for Ukraine's accession to NATO has decreased slightly from a record 76% to 72% over the last two weeks. The main reason is the lack of the decision to close the sky over Ukraine, which almost 90% of Ukrainians demanded.
Audience: the population of Ukraine aged 18 and older in all oblasts, except for the temporarily occupied territories of the Crimea and Donbas. The sample is representative by age, sex and type of settlement. Sample population: 1200 respondents. Survey method: CATI (Computer Assisted Telephone Interviews). Error of representativeness of the study with a confidence level of 0.95: not more than 2.8%. Dates: March 12-13, 2022.
Back to list 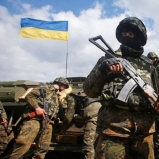 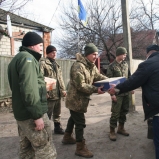