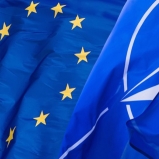 • According to the results of the Twentieth national poll conducted by the Sociological Group "Rating" on January 14-16, 2023, 87% of the respondents would support Ukraine's accession to the European Union if the referendum were held (3% - against, 8% - would not vote).

• The support for joining NATO has increased once again over recent months and reveals the highest in the history of research: 86% would support this initiative in a referendum, 3% would vote against it, and 8% would not vote. The support for joining the EU and NATO is almost unanimous among representatives of all macro-regions, age and income groups.
• 85% of the polled support the idea of creating military and political union of Ukraine, Poland and Great Britain. 3% stand against such an initiative, 7% don’t care of it.
• 80% reveal a positive attitude towards the idea of creating military and political union of Ukraine, Poland and Lithuania. 6% are against such a union, and 9% are indifferent. The idea of military and political unions with the mentioned European countries gains high support among all regional, age, and income groups.
Audience: the population of Ukraine aged 18 and older in all regions, except for the temporarily occupied territories of Crimea and Donbas, as well as territories where there was no Ukrainian mobile connection at the time of the survey. The results were weighted using current data from the State Statistics Service of Ukraine. The sample is representative by age, gender, and settlement type. Sample population: 1000 respondents. Survey method: CATI (Computer Assisted Telephone Interviews). Based on a random sample of mobile phone numbers.
Margin of error of the study with a confidence probability of 0.95: does not exceed 3.1%. Dates: January 14-16, 2023
Back to list 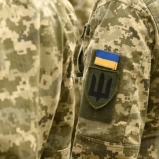 Twentieth national poll. The image of veterans in the ukrainian society (January 14-16, 2023) 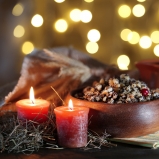