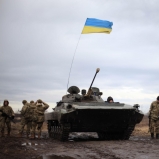 • The opinion of Ukrainians on whether the direction in which things in the country are going is right almost has not changed: the absolute majority (79%) gives a positive answer. There are slight differences in this regard in different regions and age groups. However, the share of positive assessments does not fall below three quarters (74% in the South of Ukraine and among the respondents aged from 30 to 39 years).

• The assessments of the efficiency of Ukrainians government significantly improved during the war. While at the end of 2021, only 5% thought that the central government authorities had successfully performed almost all their duties, in May 2022, this share increased to 54%. The group of those who believe that the authorities hardly perform their duties has decreased symmetrically: from 44% to 4%. The number of the respondents with an intermediate assessment (the government partially performs its duties) has hardly changed. In the regional context, the assessments of residents of the East of Ukraine are somewhat more restrained. In terms of age groups, relatively better assessments are typical for young people.

• The estimates of the ratio between Ukraine's achievements and failures since its independence have moderately improved. While at the end of 2021, more than half of the respondents (53%) believed that failures have prevailed since 1991 and up to date, in May 2022, this share decreased to 30%. At the same time, the share of those who emphasized on the predominance of Ukraine’s achievements increased from 4% to 18%, and the share of those who believe that the failures and achievements compensated each other increased from 34% to 44%. It is quite interesting that the largest share of the negative assessments is observed among the residents of the Central region of Ukraine, and the smallest one, among the residents of the East. In terms of age, the assessments tend to deteriorate somewhat as the age of the respondents increases.
• Despite the war in the country, the assessments of living conditions have also improved for the majority of Ukraine's population. The vast majority of the respondents (59%) now believe that these conditions are generally satisfactory (compared to 34% at the end of 2021). The share of those who assess these conditions as generally bad ones has also decreased significantly: from 53% to 28%. As expected, the shares of the respondents who say their living conditions are poor are slightly larger among the residents of the South and East of Ukraine. In terms of age, young people (18-29 years old) stand out with better assessments.
• Significant positive changes have taken place regarding the opinions about the future of Ukraine. The share of those who believe that the situation will not change has significantly decreased (from 38% to 13%), as did the share of those who believe that the situation will deteriorate (from 35% to 7%). At the same time, the share of the optimists increased significantly: from 13% to 76%. From the point of view of the regional and age groups, the answers are quite homogeneous: all the regions believe in a better future for Ukraine.
• Together, the five indicators presented in the graphs (government efficiency, achievements and failures, living conditions, and social expectations, satisfaction with events) allow constructing a generalized image of the Ukrainian state (GSR-5 methodology), to which the respondents are leaning. In November 2021, 35% of respondents were leaning to a strongly negative image, while 32%, to a moderately negative one. About a quarter of the respondents (25%) had an intermediate image (not good, but not bad), and only 8%, a moderately or clearly positive one. As of May 2022, the situation has changed significantly. Slightly more than the half of the respondents report a clearly (5%) or moderately (46%) positive image of the state. The share of the respondents leaning to the intermediate image has hardly changed (30%). Consequently, the share of those who adhere to the moderately (15%) or clearly (3%) negative image has significantly decreased.
• In the regional context, the image of the state is somewhat more restrained among the residents of the East of Ukraine. Also, a slight deterioration in this parameter takes place as the age of the residents increases. Men and women differ insignificantly. Substantial differences are present between the electorates of different political parties. The most positive image is typical for the voters of the political parties “Servant of the People” and “Vitaliy Klychko’s UDAR”, while the most negative, for those of the political parties “Batkivshchyna” and “Razumkov’s Party”. Yet, the worst image of the Ukrainian state is typical for those who do not intend to go to the polls at all. This is the only group in which more than half of the respondents lean to a moderately or clearly negative image of the state: 38% and 15% respectively.
Audience: the population of Ukraine aged 18 and older in all oblasts, except for the temporarily occupied territories of the Crimea and Donbas, as well as the territories where there was no Ukrainian mobile connection at the time of the survey. The sample is representative by age, sex and type of settlement. Sample population: 2000 respondents. Survey method: CATI (Computer Assisted Telephone Interviews). Error of representativeness of the study with the confidence level of 0.95: not more than 2.2%. Dates: May 18-19, 2022.
Back to list 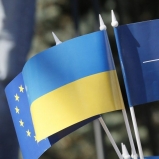 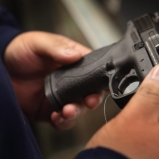