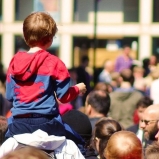 •    According to the survey carried out by the Sociological Group “Rating” on 13-17 July, 2019, 41% of the respondents believe that things in Ukraine are heading in the right direction, 397% share an opposite opinion, and 22% have not decided on the issue. The state of things is best evaluated in the West and Center, relatively worse - in the East. Young people and “Sluha Narodu” voters remain more optimistic. Instead, the supporters of the parties "European Solidarity" and "Opposition Platform – Za Zhittya”" are the most pessimistic.

•    58% of the respondents are satisfied with the activities of the President of Ukraine V.Zelensky, 19% reveal an opposite opinion, and 24% are not yet able to express their attitude towards him. 28% positively assess the performance of the Government Head V.Hroysman; on the other hand, 62% assess his activities negatively. Over 80% of the polled are dissatisfied with the activities of the Verkhovna Rada while only 7% are satisfied.

Audience: residents of Ukraine aged 18 and older. The sample is representative in terms of age, gender, region, and settlement type. Total sample: 2500 respondents. Personal formalized interview (face-to-face). The margin of error does not exceed 2.0%. Period of the survey: 13-17 July, 2019 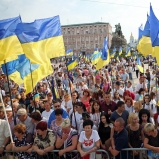 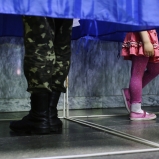