• According to the survey conducted by the Sociological group "Rating" on March 1, 90% of the respondents feel hope when they think about the situation in Ukraine. Only 5% experience disappointment. Compared to the pre-war times, the share of those who feel hope has tripled. The record high level of hope is observed in almost all the regions of Ukraine.

• 88% of the respondents believe that Ukraine will be able to repel Russia's attack. This number is increasing almost daily. Today, only 10% are not confident in this. The belief in Ukraine’s victory prevails in all regions of the country.
• 98% of the respondents support the activities of the Armed Forces of Ukraine. 93% support the activities of the President, and 84% support the actions of local mayors.
• 80% of the respondents said they were ready to defend the territorial integrity of Ukraine with weapons in hand. Compared to the pre-war times, this figure has significantly increased (it was 59% in 2020). The highest level of readiness is observed in the West and in the Center, while a slightly lower one, in the South and in the East. But even in the South-Eastern regions, the readiness to fight for the Motherland is extremely high (almost 80% in the South and almost 60% in the East).
• The support for Ukraine's accession to the European Union and NATO is the highest over the history of our surveys: 86% support accession to the EU and 76% support joining NATO. Compared to the pre-war period, the support for EU and NATO accession has increased by more than 20 percentage points. This positive dynamics took place due to the growing support for accession to the Western structures among the population of the South and the East. In terms of age, there is unanimous support for Ukraine's accession to the EU and NATO in all the categories.
• 61% of the respondents believe that Ukraine will become a member of the EU in the nearest future (within 1 or 2 years). 13% believe that our country will become a member of the EU in 5 years, while 6% believe it will happen later. 17% are not sure in their estimates. Only 4% do not believe that Ukraine will become a member of the EU. Compared to last year, the share of those who do not believe in Ukraine's European integration has decreased significantly (it was 26% in November 2021).
Audience: the population of Ukraine aged 18 and older in all oblasts, except for the temporarily occupied territories of the Crimea and Donbas. The sample is representative by age, sex and type of settlement. Sample population: 1200 respondents. Survey method: CATI (Computer Assisted Telephone Interviews). Error of representativeness of the study with a confidence level of 0.95: no more than 2.8%. Date: March 1, 2022
Back to list 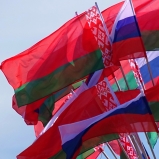 Assessment of the guilt of the peoples of Russia and Belarus (March 1, 2022) 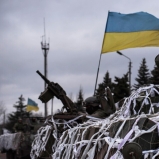