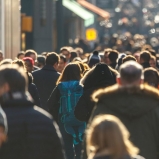 •    Results of the survey carried out by the Sociological Group Rating on January 22-26, 2020 revealed overwhelming expectations of change (50%) and hope (42%) among the population. However, one-third of the polled feels frustrated, every fifth - insecure, tense, or indignant, every eighth - despair and confused. Over the last two years, expectations of change and hope have grown in society, while frustration, tension, and indignation have decreased. Positive emotions prevail among the younger respondents and those with higher income, negative ones prevail among the older and those with lower income.

•    The end of hostilities in the Eastern Ukraine remains a key public demand for the President (64%). The reinforcing of the fight against corruption is expected by 45% of the polled, the recovery of industry – by 30%, the improvement of social standards - 24%, the improvement of healthcare quality - 22%. Over the recent months, the demand for the end of war and the industry recovery has increased.

•    While choosing between the priorities of economic development (where state resources should be directed primarily), respondents are more likely to support the development of industry and investment (65%). 28% stand for an increase in subsidies and social benefits.

•    While choosing between increase in salaries for doctors and building schools, hospitals, and implementing new technologies, 59% support the latter priority, while 29% stand for the increase in payments.

•    45% think that spending resources on the assistance for socially vulnerable categories should be priority for authorities; on the other hand, almost the same number (46%) stands for directing them on maintaining conditions for stimulating population activity.

•    46% believe that the state should focus more on identifying and punishing corrupt officials; the same number thinks that first of all it is necessary to reduce the opportunities for corrupt practices.


•    Respondents consider opening new businesses (54%) and creating new jobs (54%) to be the main markers of positive changes in the economy. One-third believes that the improvement will be evidenced by a decrease in the level of labor migration abroad, a quarter - an increase in the minimum salaries and wages, every fifth - a decrease in prices for basic products.

•    Considering the social sphere, respondents believe that improving the quality of healthcare (50%), increasing pensions (41%), and strengthening support for the socially vulnerable categories (36%) are key markers of positive developments. A quarter considers construction of new schools, kindergartens, hospitals to be indicators of development, every fifth – improvement of the quality of education and increase of life expectancy.

•    According to the respondents, retirees are the most vulnerable category of the population and should be given priority by the state (57%). According to 42% of the polled, the authorities should give priority to the disabled people or orphans, 36% name low-income families, 22-24% - large families, combatants, and ATO participants.

•    76% of the polled saw New Year's greetings of President Zelenskyy. Among them, two-thirds rated it positively, 22% - neutrally, 13% - negatively.


Audience: residents of Ukraine aged 18 and older. The sample is representative in terms of age, gender, region, and settlement type. Total sample: 2500 respondents. Personal formalized interview (face-to-face). The margin of error does not exceed 2.0%. Period of the survey: 22-26 January, 2020 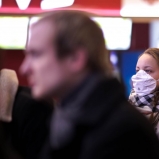 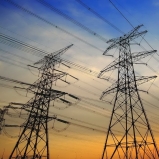