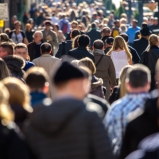 • According to the All-Ukrainian sociological research carried out through the efforts of four sociological companies the Center for Social and Marketing Research "SOCIS", the Kyiv International Institute of Sociology, the Sociological Group "Rating", and the Razumkov Centrе, supported by the All-Ukrainian Public Organization "Committee of Voters of Ukraine" on 28, October – 14, November, 2017, the most urgent problems for the majority of the polled are the war in the East of Ukraine (51.3%) and socio-economic problems: growth of prices (37%), low salaries or pensions (36%), unemployment (27.1%), high utility tariffs (26.9%). A significant number of the population referred to the most urgent problems such as corruption in the central government (22.9%) and the problems in the sphere of medicine (22.9%).

• Among the positive changes that have occurred over the last year in the places of residence of the respondents, a significant percentage of the polled drew attention to road repair (44.9%), increase of pensions (27.3%), and cities and villages improvement (26.6%). By the way, 55.8% of the families received higher pensions at the time of the survey.
• If the presidential elections were held on next Sunday, Petro Poroshenko would receive the greatest support from the population: 16.1% of the respondents are ready to vote for him. The second and third places are held by Yulia Tymoshenko (14.4%) and Svyatoslav Vakarchuk (12.1%). The indicators of other candidates are as follows: Y.Boyko and A.Gritsenko - 9.3% each, V.Rabinovich - 7.9%, O.Lyashko - 7.5%. (Ratings are calculated on the basis of those respondents who have determined on their choice and would vote ("imitation of the elections")). In general, nearly 21% of the voters do not currently know whom to vote for, and 18% do not intend to vote at all.
• During the survey, the respondents were also asked to make their own forecasts of who would become the next President of Ukraine (the question: "Who, in your opinion, will win and become the next President?"). According to the respondents, P.Poroshenko is the most likely winner in the presidential elections - 19.2%. Yulia Tymoshenko's victory is predicted by 10.1% of the respondents. A significant number of the respondents (42%) were not able to tell who would become the next President of Ukraine.
• The results of the survey concerning such a relevant issue as a system of elections to the Verkhovna Rada of Ukraine appear to be quite interesting. About 30% of Ukrainians support the majority system of elections, and 27% believe that the mixed system of elections currently operating is better. Only 19% of the respondents support a proportional system according to which the voters vote exclusively for political parties’ lists.
• The leaders of the parliamentary races as for today are "Batkivshchyna" and BPP "Solidarnist". At the same time, Batkivshchina is somewhat ahead of the pro-presidential force: 9.7% against 9.4% (among all the respondents). Under these conditions, seven political parties would enter the Parliament, and the probable distribution of mandates according to the party lists (according to the current electoral legislation) would be as follows: Batkivshchyna - 47 people's deputies, BPP “Solidarnist" - 45, Opposition bloc - 31, Civic Position - 30, For Life - 27, Radical Party of O.Lyashko - 23, Samopomich - 22.
• The vast majority of Ukrainians (68.2%) believe that the current situation in the country is tense. A rather high percentage (21.9%) called it even explosive and only 6.2% said that the situation in the country was stable.
• There is a trend towards the choice of people for rather peaceful and not too radical forms of protest. Thus, the majority of the respondents are ready to join such forms of protest activities as participation in elections (58.9%) and signing of petitions and appeals (26.7%). The majority of the respondents (59.9%) would not support the organization of a new Maydan at this time. Only 9.2% of those who are ready to personally take part in the new Maydan.
• The public moods still demonstrate the people’s support for the course on European integration and accession to NATO declared by the authorities. Thus, the EU integration is supported by the vast majority of the population (56.2%) and the NATO membership is much more approved (43.2%) than opposed (33.3%).
• Talking about the vision of Ukraine's further development, society is now divided into the supporters of integration with the EU (44.9%) and the supporters of Ukraine's own development path (40%).
Research method: personalized face-to-face interview at the place of residence of the respondent.
Sample: 20,000 respondents in all regions of Ukraine (excluding the population of Crimea and the occupied territories of Donetsk and Luhansk oblasts). The sample is representative for the population of Ukraine over the age of 18 years in terms of gender, age, type of settlement, and region of residence.
Statistical margin of error: not more than 0,7% at rates close to 50%, not more than 0,4% at rates close to 10%.
Period of the survey field stage: 28, October – 14, November, 2017
Back to list 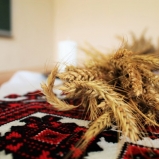