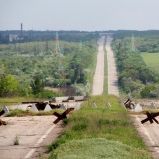 •    According to the results of the survey carried out by the Sociological Group “Rating”, 68% of the respondents think Russia is an aggressor country with respect to Ukraine. 23% share the opposite opinion, 10% have not decided. There are regional and electoral differences considering this issue: while in the West and Center at least 70% consider Russia to be the aggressor, in the South, half of the polled think so, in the East - 40% (47% think the opposite here). Among the supporters of parliamentary political forces, the opposite opinion prevails among the “Opposition Platform – Za Zhyttia” supporters, where two-thirds do not consider Russia to be the aggressor.

•    At the same time, more than half of the polled support non-military measures to address the occupied Donbas issue: 34% support the cessation of hostilities and recognition of these territories as temporary occupied, freezing of the conflict; 23% favor granting these territories with the status of autonomy within Ukraine. On the other hand, 23% support the continuation of hostilities until the full restoration of Ukrainian authorities in Donbas and only 6% support the separation of these territories from Ukraine. The military way of addressing the issue has the greatest support among the residents of the West of the country, while providing autonomy to the occupied territories - in the South and East. Considering the electoral cut, the number of the supporters of the occupied Donbas autonomy is the highest among the “Opposition Platform – Za Zhyttia” voters, while the military solution of the issue gains the strongest support among the supporters of “European Solidarity” and “Golos”.

•    Two-thirds of the polled were unable to rate the peaceful solution initiative known as the “Steinmeier Formula”. 23% opposed the idea, 18% supported it.

•    Initiatives such as holding elections in the uncontrolled territories of Donbas under any circumstances, amnesty for members of illegal armed groups, granting the right to create national police units have relatively higher support in the Eastern regions of the country and among the “Opposition Platform – Za Zhyttia” supporters. Instead, the introduction of UN peacekeepers in the occupied territories of Donbas, but with no Russian contingent, is relatively more supported by the West and Center residents. The introduction of UN peacekeepers with the Russian contingent does not receive preferential support in any of the macro-regions.


Audience: residents of Ukraine aged 18 and older. The sample is representative in terms of age, gender, region, and settlement type. Total sample: 2000 respondents. Personal formalized interview (face-to-face). The margin of error does not exceed 2.2%. Period of the survey: September 21-25, 2019 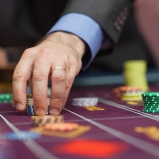 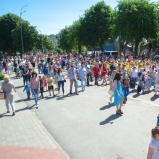