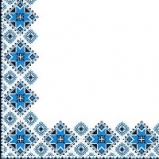 Attitude of Ukrainians to vyshyvanka

The target audience of the research: the population of Ukraine aged from 18 and older. The sample is representative by age, gender, region and type of settlement. Optional quantity: 2400 respondents. Personal formalized interview (face to face). Margin of error is less than 2,1%. The period of completion: 1 - 9 of November 2014

According to a survey conducted by the sociological group "Rating", 29% of Ukrainians at the age of 18 years or more have one or more vyshyvanka. Another 37% - does not have, but not against to have it in future. However, one third of respondents do not have vysyvanka and are not going to have it in the future.
About 20% dress vyshyvanka several times a month, and the majority (62%) - only a few times a year. One of six who has vyshyvanka, not wearing it.
For a third vyshyvanka is a manifestation of patriotism, as many believe that this is a demonstration of loyalty to tradition. For the quarter it is a festive outfit, for every five - a fashionable thing now, for every ten it is an amulet, an element of personal protection.
At the same time, 7% believe that vyshyvanka is normal clothing, 5% - a sign of radical nationalism, 3% - a sign of the so-called sharovarschiny.
Interestingly, for the people who have vyshyvanka, but it does not wear, this thing is more true to the tradition. For people who wear vyshyvanka, but not often - a manifestation of patriotism and festive attire, and for those who often wears - amulet. The vailability fashion on vyshyvanka are more likely to mention those respondents who do not have it.
Back to list 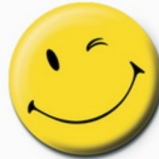 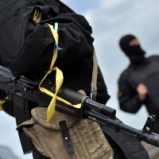 Assessment of the situation in the East. Foreign policy orientations of the population