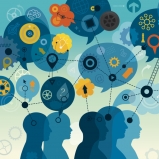 •    According to the survey carried out by the Sociological Group Rating, respondents reveal signs of depression, anxiety, panic, fatigue, and sleep disorders. Comparing the results of two waves of the survey (I wave - 27-28.03, II wave - 3-4.04), anxiety, fatigue, and insomnia have increased somewhat. Depression and panic levels have hardly changed.

•    In general, the level of negative emotional states of the quarantined Ukrainians and their trends are still of no concern. No significant increase has been detected; disorders with clinical picture (panic, depression) have remained at baseline.

•    Age: The anxiety level is relatively high within all age groups except the oldest polled. Older people (50+) demonstrate less depressed moods. On the other hand, sleep disorders are more common within the oldest and older age groups. The growth of negative emotional states has been recorded among representatives of the 18-29 and 30-39 years old age groups. Thus, in the relevant situation, the youngest reveal signs of depression. Referring other age groups, changes are insignificant. Among the oldest polled, a decrease in the level of panic has been recorded.

•    Age-related differences in psychological and emotional health are likely to be related to lifestyle changes. Young people are more depressed because of a drastic change in lifestyle, mandatory reduction of the social life, reduced activity, impressions, and events. While being at the age of 50+, lifestyle becomes more “quarantined” year by year (more time at home, less social interaction, retirement, etc.), so other than sleep disorders that are normative at this age, older people are better in coping with other negative states and adapting to the situation (reduced panic).

•    Gender: Women reveal a higher level of emotional performance as compared to men. However, considering the dynamics, there have been no significant changes as referred to women over this period. On the other hand, male’s indicators have increased, especially in terms of anxiety and sleep disorders. Defined gender differences are consistent with the norm - women typically have a higher level of reflection about their own emotional states and a broader range of behavioral levels because women “can be" emotional according to gender norms. Men typically do not feel and hide emotions. However, because of their behavioral styles, men are less likely to adapt to stressors and are unable to suppress their own negative experiences for a long time, so probably their level does not increase, but manifest in the men’s heads.

•    Very small number of people ask for assistance from the psychologists: 91% never do this, 5% - rarely, and 3% - sometimes. Only about 2% of respondents do this often or constantly. Moreover, the vast majority does not seek for help of the healers or mentalists. However, the assistance of the latter is more required than that of the psychologists. Thus, 88% never seek for their advice, 7% - rarely, 4% - sometimes, and 2% - often or permanently. Younger people are more likely to consult a psychologist, while older are more inclined to trust healers. Women are somewhat more likely to appeal to both of these categories.

•    Ukrainians in general, despite the increasing number of appeals to psychologists over recent years, still find it unusual to visit a specialist in case of psychological problems, disorders of interaction with others. By the way, this also applies to visiting a doctor before serious symptoms occur. Demand for psychological care is fostered by psychological education and growth of psychological culture level, which are still at a low level in our society. Moreover, while young people are more progressive in their opinions, older groups prefer to appeal to healers.

•    The level of trust. 54% believe people should be treated very cautiously. 30%, however, believe that most people can be trusted. 16% could not answer. There is a clear age and gender dependence referring public trust - the younger the respondents, the more likely they are to distrust others. Men are more cautious about other people than women are. Trust in people as an all-purpose basic value is beyond the psychological norm. Basically, we believe that people can be trusted - this allows us to build strong social relationships not only with close people, but also in the wider social circle. This is the basis of civil society, responsibility level, and mutual assistance. Such level of distrust shapes both one's own life experience and social processes as a whole. Moreover, distrust in people in general requires much more psychological effort than the basic assumption that people can be trusted - and this leads to significant differences in the psychological states of those who trust (feel better) and those who distrust (feel worse).

•    70% think that a person's happiness depends primarily on the person's internal state. At the same time, 21% are convinced that whether a person is happy or not depends on external circumstances. Women are more likely to think that happiness is the result of a person's internal state first. In general, the happier a person is, the more he/she agrees with the latter opinion. At least one-third of unhappy respondents are convinced that happiness depends on external circumstances.

•    The sense of happiness inversely influences the feeling of negative emotions: the happier a person is, the less explicit are the indicators of depression, anxiety, sleep disorders, panic, and fatigue. People who consider themselves unhappy are most likely to feel all these negative emotions (and the most evident difference was revealed in terms of feeling depressed). The same is true for evaluating the sources of happiness: people who believe that happiness depends on external circumstances are more likely to experience negative emotions, and those who believe that happiness is an internal condition of a person are less likely to experience such emotions.

•    Negative emotions are also significantly affected by interpersonal communication: the less time people spend or the less they communicate with their loved ones (friends, family), the more explicit their negative psychological emotional states are. For example, all indicators (anxiety, fatigue, insomnia, depression, panic) are the highest among those who rarely interact with their relatives.

•    The correlation between social trust and psychological and emotional states is similar: those who are more likely to trust others have significantly lower levels of negative emotions as compared to those who treat people with caution and distrust.

•    Consequently, in general, the respondents feel happy enough. According to the results of the study, sense of happiness is complemented by the internal locus of control (my life, mood, emotions, and behavior depend primarily on me - I am responsible for my own states), strong interpersonal connections and intensity of communication (with family, friends), mutual assistance, and basic trust in people. While a person cannot cope with the level of basic confidence this fast, everything else is something that allows to remain emotionally secure during quarantine and to sustain it without serious psychological consequences for the individual.


Sample: I wave (27-28.03.2020) - 1660 respondents, II wave (3-4.04.2020) – 1700 respondents of Ukraine aged 18 and older. The margin of error with confidence level 0.95 does not exceed 4%.  Internet poll using CASI method (Computer-Assisted Self Interviewing). Based on a random sampling of mobile phone numbers. The project was implemented in collaboration with the National Research Network “POLLARIS” 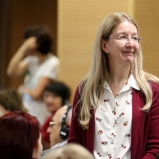 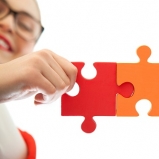