The survey was initiated by the Ukrainian Veterans Foundation at the Ministry for Veterans Affairs of Ukraine. The survey was conducted and funded by the Sociological Group “Rating”.

• The Sixteenth national survey in Ukraine during the war, conducted by the Sociological Group “Rating” and initiate by the Ukrainian Veterans Foundation at the Ministry for Veterans Affairs of Ukraine on August 6-7, 2022, more than 40% of the respondents said that among their relatives and friends, there are those who took part in military operations on the territory of Ukraine since 2014. Specifically, 54% have those who fought or are fighting at the frontline starting from February 24, 2022 among their closest ones. 44% said that there are those who participated in the war in the East of Ukraine in 2014-2021 among their family and friends.

• The respondents associate the term “war veteran” with different categories of the participants of military operations: for a third of the respondents, it means the veterans who have fought in the current war, while for another third, it is primarily the veterans of the World War II. Another 14% associate this term with the veterans of the Anti-terrorist operation (ATO) of 2014-2021, only 2%, with the veterans of the war in Afghanistan, and 12%, with other categories of combatants. 8% could not answer this question. It is interesting that for young people, a “veteran” is more often a participant of the World War II, and for the oldest respondents, it is someone who is fighting today. Residents of the East and South of Ukraine associate this term more often with the participants of the World War II, while the respondents from the West and Center of Ukraine mean by this term those who are fighting for Ukraine today more often.

• Regarding the veterans of the Russian-Ukrainian war, respondents primarily feel gratitude (64%) and pride (50%). A quarter feel sadness when meeting veterans, while the same share of the respondents feel joy. Respondents named other feelings less often: guilt when meeting a veteran is felt by 3%, shame and fear, by 2% for each of these emotions, and indifference, anger, and dislike, only by 1% for each. Women talk about sadness regarding the veterans more often than men. Also, those who have close ones among the veterans of the Anti-terrorist Operation (ATO) of 2014-2021 feel sadness somewhat more often. The respondents who personally know those who fought in 2014-2021 and continue to fight feel gratitude and pride more often than others.

• Patriotism is most often cited as a positive trait of the veterans of the Russian-Ukrainian war – it was mentioned by 75% of the respondents. Also, about a quarter noted that veterans are characterized by independence in decision-making and discipline, while another 13% called them hardworking, and 9%, law-abiding.

• As for the negative traits, the respondents found it more difficult to identify them regarding the veterans. Namely, 17% could not answer this question at all, while 11% said that none of the negative qualities listed among the answers describes this group of people. Despite this, a third of the respondents believe that veterans are characterized by emotional instability, a quarter, by closedness and isolation. Other negative qualities (cruelty, inability to adapt, and tendency to violence) were chosen less often: by the shares of respondents ranging from 11% to 17%.

• Half of the respondents believe that the veterans of the Russian-Ukrainian war are likely to face the problem of unemployment, while a little less than half think they are unlikely to. Such problems as conflicts in the families of the veterans and abuse of alcohol or drugs are considered more unlikely than likely. Regarding the risk of suicide and the one of breaking the law, the vast majority (at least two-thirds of the respondents) consider them unlikely for the veterans. Residents of the East of Ukraine and men consider the mentioned problems likely more often. Also, the presence of all these problems is reported more acutely by the friends and relatives of the ATO veterans who are no longer fighting and are adapting to life, while the friends and relatives of those who are still fighting are more optimistic about the potential risks, perhaps underestimating them so far.

• The absolute majority (93%) believe that the Ukrainian society respects the veterans today. Only 3% have the opposite opinion.

• Almost 70% of respondents believe that the government fulfills its obligations to the veterans of the Russian-Ukrainian war, while 20% believe is does not.

• More than 90% support the idea of granting benefits to the businesses founded by the veterans of the Russian-Ukrainian war, while only 6% are against it.

• The respondents believe that the veterans of the Russian-Ukrainian war (50%), persons with disabilities (34%), and large families (31%) should have the most benefits and guarantees from the government. Equal shares of 17% of the respondents support giving benefits for pensioners and for single mothers or fathers. Benefits for people with low income and for the internally displaced persons are supported by 12-13% of respondents per each group, and only 1% support benefits for those who suffered from the Chornobyl catastrophe.

Audience: the population of Ukraine aged 18 and older in all the regions, except for the temporarily occupied territories of Crimea and Donbas, as well as territories where there was no Ukrainian mobile connection at the time of the survey. The results are weighted using the current data from the State Statistics Service of Ukraine. The sample is representative in terms of age, gender and type of settlement. Sample: 1000 respondents. Survey method: CATI (Computer-assisted telephone interviews). The error of the representativeness of the study with the confidence interval of 0.95: no more than 3.1%. Dates: August 6-7, 2022. 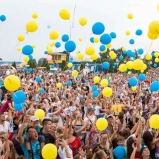 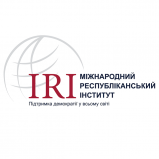