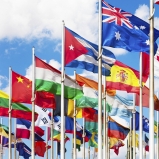 • As part of the Eighteenth national survey during the war, Sociological group “Rating” on October  8-9, 2022 conducted a comprehensive study of the general assessment of the situation, the perception of the nuclear threat danger from russia, as well as the attitude towards foreign countries and their assessment according to the "ally" index.

• Results of the survey confirmed the growth dynamics referring those who believe the things in the country are going in the right direction. Within this survey, a record indicator was observed throughout the whole history of the studies - 86% of respondents believe that things in Ukraine are going in the right direction. Only 6% have revealed the opposite opinion, 8% could not answer on the matter. In all regions and within all age groups, the assessment of the countries development direction as correct dominates.
• Two-thirds of Ukrainians do not believe that russia will use nuclear weapons against Ukraine, and even more respondents do not believe in the possibility of a nuclear strike on NATO countries (84%). Compared to the survey in April of this year, the confidence that russia will not launch a nuclear attack on Ukraine and the Western countries - members of the North Atlantic Alliance – has strengthened.
• According to Ukrainians, currently Poland, Lithuania, Great Britain, the USA, and Canada are the most friendly towards Ukraine. Finland, Sweden, Denmark, France, Switzerland, Germany, and Japan are also considered to be friendly. About half of the polled believe Turkey and Kazakhstan to be friendly, though 40% think these two countries are rather neutral towards Ukraine.
• China currently remains mostly neutral country for Ukrainians. Hungary, on the contrary, "turned" into a "hostile" state - 41% find it hostile, 26% - neutral, 21% - friendly. Belarus (85%) and russia (97%) are absolutely hostile countries for Ukrainians. Over the recent months, the attitude of Ukrainians towards Canada, Poland, Lithuania, Great Britain, and the USA has improved; towards France it has hardly changed. Instead, the neutral attitude towards Turkey has grown. There is also a trend of attitudes’ worsening towards China (especially compared to 2021 data).
Audience: the population of Ukraine aged 18 and older in all regions, except for the temporarily occupied territories of the Crimea and Donbas, as well as the territories where there was no Ukrainian mobile connection at the time of the survey. The results are weighted using the current data from the State Statistics Service of Ukraine. The sample is representative in terms of age, gender, and type of settlement. Sample population: 1000 respondents. Survey method: CATI (Computer Assisted Telephone Interviewing). Based on a random sample of mobile phone numbers. The margin of error of the study with the confidence interval of 0.95: does not exceed 3.1%.
Dates of the survey: October 8-9, 2022.
Back to list 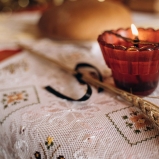 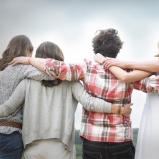