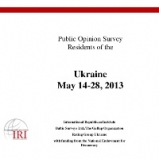 Kyiv, Ukraine – IRI today released its survey of Ukraine public opinion (PDF).  The poll indicates that the top issues that worry Ukrainians involve the economy, with more than 50 percent of respondents citing unemployment and corruption within state bodies as the top challenges facing Ukraine, followed closely by low industry production, control over price growth and social protection for the poor.  Unemployment and state corruption remain the top concerns for Ukrainians, regardless of gender, age group or region.  Ukrainians also continue to be pessimistic about the direction their country is going in, with 69 percent responding that Ukraine is heading in the wrong direction.
Another interesting finding involves the Ukrainian public’s views on Ukraine’s Association Agreement with the European Union.  The agreement, which is expected to be signed in July, is the result of joint negotiations that aims to strengthen ties and enhance cooperation between the European Union and Ukraine.  When asked if the agreement will be useful or harmful to Ukraine, a slight majority of 51 percent of respondents believes it will be useful, including 65 percent of Ukrainian youth aged 18-29.

This survey was conducted May 14 – 28, 2013.  The randomly selected sample consists of 1,200 Ukrainian residents older than the age of 18 and eligible to vote and is representative of the general population by age, gender and education.  The margin of error for the national sample does not exceed plus or minus 2.8 percent.  The National Endowment for Democracy-funded survey was conducted by Baltic Surveys/The Gallup Organization on behalf of IRI, and the fieldwork was carried out by Rating Group Ukraine. 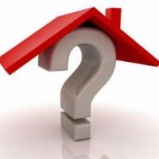 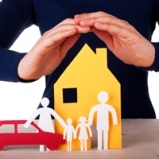